I have been studying one of the most highly regarded books on the future of AI (Artificial Intelligence), “Superintelligence – paths, dangers, strategies” by Nick Bostrom. Bostrom meticulously reviews the five most likely paths to “superintelligence” which he defines “as any intellect that greatly exceeds the cognitive performance of (individual) humans in virtually all domains of interest.”

One of Bostrom’s conclusions is totally unexpected and requires immediate consideration within today’s major organizations and enterprises! 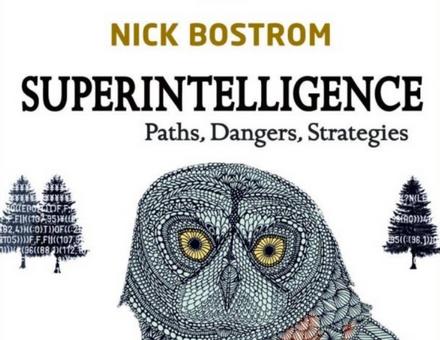 Bostrom, who is Professor at Oxford University and Director of the Future of Humanity Institute and the Strategic Artificial Intelligence Research Centre, reviews 5 different potential paths to superintelligence:
1. Artificial Intelligence: using advanced techniques such as neural networks and genetic algorithms.
2. Whole brain emulation: where we try to precisely model the detailed workings of the human brain.
3. Biological cognition: where we enhance the functioning of biological brains through selective breeding and address the massive ethical and moral questions raised.
4. Brain-computer interfaces: where we implant computer chips to augment human intelligence.
5. Networks and Organizations: where we harness the power of thousands or millions of individuals into a single organizational mind supported by advanced internet facilities.

The last potential path to superintelligence, Networks and Organizations, was a huge surprise to me. I just did not expect this path to be on Bostrom’s list – which is curious given my background and interest in virtual teams, virtual networks and virtual enterprises!
Even more interesting is that one of Bostrom’s conclusions is that Networks and Organizations may be the most likely of all the paths to deliver a form (albeit weak) of superintelligence well in advance of all the others.

This raises the possibility of superintelligent organizations and enterprises whose collective ability turns them into “super-powers” in terms of intelligence which “greatly exceed the cognitive performance of humans in virtually all domains of interest”. This possibility opens up a whole new perspective on the strategic importance of developing organizational virtualization capacity.

Thus developing world-class capability to virtualize your organization could be your greatest single potential for sustainable strategic competitive advantage where you create so much clear water between you and your competitors, in terms of intelligence, that they simply can never catch up!

Hi Ken. Love it. Legitimises your own Bioteams meme.
Actually, I believe Networks & Organisations (‘albeit weak’) is the strongest. Here’s why:
1. Human beings take account of the macro and micro environment in which they operate. The other paths can’t process all the external stimuli that affect human decision making. They are in effect ‘stand alone’. Also, Yochai Benkler’s book Wealth of Networks, establishes beyond reasonable doubt that human networks are the most valuable organisational types of super intelligence (as does Jean Francois Noubel)
2. Human networks exhibit emergent features, the value of which according to Stephen Wolfram (and others) is incalculable. See his book called a New Kind of Science.
3. Presume you’ve read E.O. Wilson’s stuff on super organisms?
The future of humanity is less about the nature of its issues and more about its capacity to invent social structures able to solve them. It’s that simple.
One last point…..
4. Biological cognition: where we enhance the functioning of biological brains through selective breeding and address the massive ethical and moral questions raised. No. Just No. Playing God never ends well.